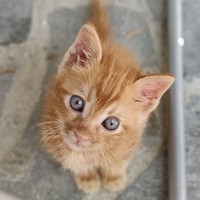 Our orphan kitten and bottle baby Mogli has been living near the German city of Augsburg since December 2019.

Mogli was only ten days old when he was found on the streets and brought to the vet, who asked us to look after him. The first time we saw him he was emaciated and full of fleas and ticks. In addition, he suffered from a herpes infection on his eye as well as diarrhoea and ringworm. Things didn't look well, but we didn't give up and bottle-fed the little fighter. 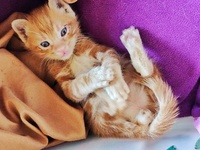 With medical treatment, his eye infection improved quickly and he gained weight soon after. The poor thing had to undergo triple anti-flea treatment before he was finally free of parasites. Our baby turned into a lively little boy. 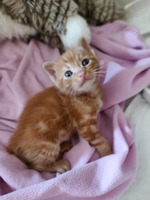 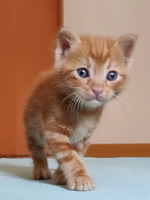 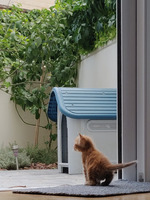 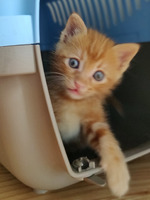 His immune system got stronger within the next three months and he managed to get rid of the ringworm as well, so he was ready to receive his rabies vaccination and microchip before his trip to Germany. 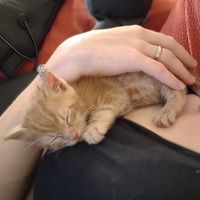 Still tiny at the age of 10 weeks 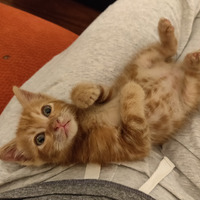 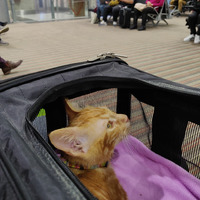 Mogli at the airport on the way to his new home

We had found a loving home for Mogli. His new owners used to have cats and had adopted a dog five years ago named Laura. Soon after Mogli's arrival at his new home, the two became friends. Six months later they were already inseparable.

Mogli made it and now lives in a cat paradise. We will be forever grateful to Angi, Hubert and Laura for giving our cheeky little boy such a good home. 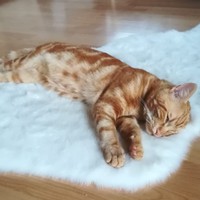